Between an Orange Rock and a Heart Place 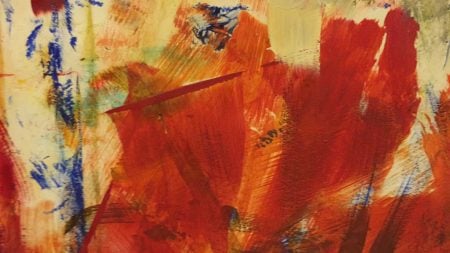 As the United States begins its rapid descent into tribal and race warfare, we must accept the inevitable end of life as we know it. That life was, after all, partially an illusion. Those of us who enjoyed the post WWII boom and benefited by our class and race are, by our silence and capitulation, complicit in the end times. As we live comfortably in retirement on our savings, those that we exploited and ignored—or worse excluded—are dying at alarmingly high rates from suicide, COVID-19, police brutality and neglect.

The past 3+ years has seen hate and violence emerge as the norm. These mainly white male domestic terrorists have been with us since our country was founded. Throughout our history, they have emerged from time to time to kill, maim and torture those who stood in the way of their particularly selfish and exclusionary world view. Besides very real physical violence, centuries of political manipulation, exclusivity laws and neglect has wrought more damage than the current insane outburst of gun violence.  The gaslighting and dog-whistling of the president is orchestrated by his sycophantic sidekicks—and has awakened and embolden the beasts. He is a pawn—despite his claim to be at the center of the universe—that is being manipulated by capitalists that do not want their world order upset by equity and fairness. They are scared to death that a Heart Place will not fuel their greed and line their pockets. The fragility of goodness is being revealed. The fears of the white, evangelicals becoming a minority has awaken these beasts. The silence and capitulation of the Republican Party will make them accountable—yet when is any one’s guess. Their myopic Christianity is bent to their narrow-minded view of the Bible—with the scripture cherry picked to support their narrow view of the world. They will ignore all rational evidence— and love—based views of the world.

Are we seeing the end of times as we know it? I hope so. The world we whites have created is no longer relevant. The convulsive actions of the “beast within” is a sign that our society is trying to rid itself of systemic racism and inequities. While I strongly disagree with violence and property destruction, it is not clear to me who is doing what to whom. Post event evidence suggests that the looting and property damage is being done by white male domestic terrorists. We know the gun-touting minor killing two protesters in Kenosha was radicalized from an early age by his parents.

The instantaneous messaging from the propaganda machines of the president’s puppet masters is designed to dissuade their base that they are the ones creating this madness. It is successfully painting the picture that all violence is perpetrated by the “antifa and BLM protesters.” Our president makes sure the message is cleverly warped to paint the picture that the legitimate protesters are fouling their own nests—making the US unsafe and dangerous.  His propaganda machine is working overtime. Lies are coming fast and furious. The orange media rocks are being thrown at such speed and volume that the traditional media can’t keep up. Besides: none of these domestic terrorist care one bit about the truth. They are so fragile that the objective regions of their brains have atrophied. They are no longer capable of discernment, civil discourse or fair-and-balanced conversation. We are seeing the impact of decades of TV fantasy brainwashing. The orange rock was birthed through the fallopian TV tube. Their hearts are hardened.

We have lost all civil discourse. We are living in bifurcated echo chambers constructed of one-way mirrors. Most days I am working hard to be “optimistic” and let my heart rule my head and emotions. But as the orange rock grows and presses harder on my heart, I find my optimism slipping away. I am fighting fleeing. The intentional amplification of violence—and its media depiction as the fault of the so-called anarchists—is working to reveal the true colors of the orange men and women. Our societal corpus is ill. It is vomiting up the foul ugliness of the centuries of institutional hate and racism.

If we do not vote this Klan out of office there is no one to blame but ourselves. We are now wedged between an orange rock and a heart place.