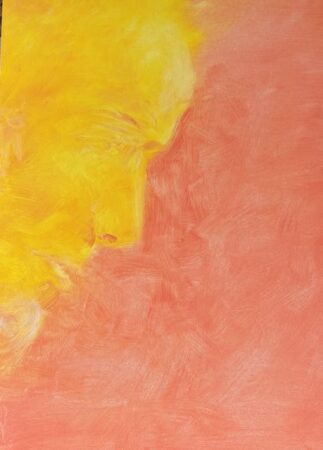 Since early March, I have been on a slowly evolving new relationship with myself. What started as an urgent isolation to avoid being infected by COVID-19 has become, more or less, a way of life. I suspect that it may be the new norm for a very long time. It may even be my norm until I join those ancestors circling the black hole in space.

During this time, our world is being wrecked, in part, by an administration that utilized minimization and exaggeration to mislead the populace of the United States about the impact of this deadly virus—and by an administration that places greed above common decency and equality. We now know conclusively that this administration’s actions are, in effect, genocide. By trying to use slight-of-hand to pretend that the virus was either not coming or would be eradicated within a very short period time, this administration unleashed death on now over 125,000 people. This article is not about that—which I could go on and on and on about. It is about the impact of the isolation wrought by the necessary isolation on my thinking and self-awareness.

One of my favorite philosophers is Ludwig Wittgenstein. Raised in a wealthy Viennese family, he forsook all the wealth to live a life of the mind, For those interested in his life, Ray Monk has written an excellent biography. Wittgenstein once remarked to Norman Malcom (on a visit to the United States in Ithaca, NY) that a favorite article was authored by the Englishman G. E. Moore: In Defence of Common Sense.  Moore states the following in the introduction “In what follows I have merely tried to state, one by one, some of the most important points in which my philosophical position differs from positions which have been taken up by some other philosophers.” He sets out to list a set of propositions which he claims to know for sure. Published after his death, the book “On Certainty” by Wittgenstein is his response to Moore’s article.

Wittgenstein was famous for his writing “style”—using brief enumerated sentences. He spent his life trying to rid language of uncertainties and ambiguities—which he often refers to as ‘language-game”. The result is that his language is dense and laborious to read. In many of his works, the language is almost impossible to decipher or understand—but eventually starts to make sense after several readings and cross-references. One might ask why would I be attracted to such treatises?

The answer is simple. I am very nervous around people who are “certain” that they know the “truth.” There is no “truth” that can’t be dissected and laid bare of its inconsistencies. If the proposition that “all news is fake” is taken for truth by some people, its falseness is determined by what I can count as a determinate for “truth.” If truth is a reportairal version of an event, as scribed by one person and filtered through that person’s experience and bias, then it may only be truth if it aligns with the readers similar experience and biases. This creates a closed loop of alternate “truths” that rarely overlap except for things like sport scores and weather reports.

This is what is happening to me in this moment. I am living in an isolated environment and connected, for the most part with friends, colleagues and family through an electronic nether world. These technologyies try to simulate reality but can not. Nuance is lost. Physical response clues are lost or missed. As Wittgenstein states “Can one enumerate what one knows? Straight off like that, I believe not.—For otherwise the expression “I know” gets missed. And through this misuse a queer and extremely important mental states seems to be revealed.” What Wittgenstein explores is the idea that the statement “I know” is meant to mean “I can’t be wrong.”  These are two very different things.

I know, for example, I am a male sitting a desk writing this article. This statement describes a state which guarentees what is known, guarentees that it is a fact. But what if, tomorrow, I state I “thought” I knew that I was sitting at my desk writing this article? What changed? To whom would I say this–and what is the context for any modifications to my state of mind. This evolution of “known” and “thought to have known” is precisely the conundrum of my isolated state of being. Each day is a nearly identical repeat of the previous day. Yet it is not.

I am older. I have learned some things and forgotten others. I am less able physically. My mood is different—influenced by my health, food intake, familial relationship and the impact of “truth” as expressed in the news and in social media. The uncertainly wrought by competing “I know” statements induces a state of imbalance. To fight this imbalance I gravitate to routine. Routine is certainty only in so far as it anchors me in a moment of time with skills that I “think I know”. Just saying, therefore, that I know something is not enough, I need to assure myself that I am not making a mistake and that I objectively have establlshed that I am “not making a mistake about that.” For knowledge to have any meaning at all to others, it needs to be grounded in what they can imagine as my knowledge. If a person reading this has never been to my house, not seen me type on a keyboard, they would not able to verify my truth—I could be standing up in the kitchen and voice dictating this—and thus stating a lie—even though I have declared it as the “truth.” But in reading this, they are accepting my “truth” as “the truth” by my having established in past relationships with them that I am a truthful person.

Moore’s view really comes down to this: the concept ‘know’ is analogous to the concepts ‘believe’, ‘surmise’, ‘doubt’, ‘be convinced’ in that the statement “I know…” can’t be a mistake. And if that is so, then there can be an inference from such an utterance to the truth of an assertion. And here the form “I thought I knew” is begin overlooked.—But if the latter is inadmissible, then a mistake in the assertion must be logically impossible too. And anyone who is aquatinted with the language-game must realize this—an assurance from reliable man that he knows cannot contribute anything. 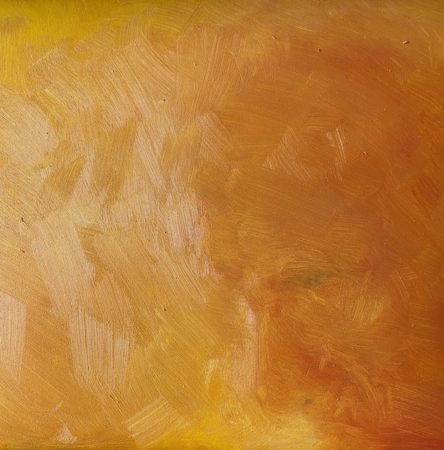 What this isolated time and current poltical place has taught me is that we are living a time of rules that are defined by exceptions. Certainty has become more a tone of voice and persuasion not something collectively understood or agreed upon. I wake up every  morning wondering what act of persuasion will be foisted on me and from which direction. How will fear and defensiveness—brought on by the possibility of an encounter with an infected person—in all of my social interactions impact my certainty about life as I once knew it. Do I plunge into a deep funk about this or simply step through the door that is opening and live happily in a new one? Longing for something that is gone is not useful to me. It is simply my inner self grabbing for its old “certainty”. It is looking for an anchor to hold me steady so I can deal with the changing landscape. But why long for something that never will be again? It is precisely this false longing for a past that has unearthed the falseness of our world and its treatment of certainties like death. This backwardness is a desperate attempt to remake the current situation in a way that is safe–and “safety” sometimes is the harbinger of very bad tendencies—like racism and misogyny. I am not, of course, speaking of safety from a health perspective. I am referring to social structures that oppress. Facing the now with what “we know” and being careful not to let the “safety” mask what is really going on is critical—now more than ever.

One can say “He believes it, but it isn’t so”, but not “He knows it, but it isn’t so”. Does this stem from the difference between the mental states of belief and of knowledge? No.—One may for example, call “mental state” what is expressed by tone of voice in speaking, gestures etc. It would thus be possible to speak of a mental state of conviction, and that may be the same whether it is knowledge or false belief. To think that different states must correspond to the words “believe” and “know” would be as if one believed that different people had to correspond to the word “I” and the name “Ludwig”, because the concepts are different.

I may have lost many of you in the first paragraph. Understandable. But as I continue to explore this new world and I can say with “certainty” that I am as uncertain as ever. I know now how little I know.