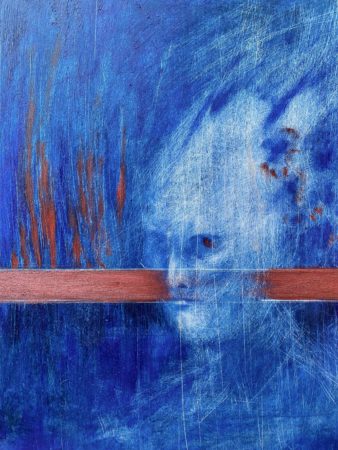 Oregon, Washington and California are experiencing wide-spread fires. This news has been reported world-wide. In Oregon, where we live, 1 million acres have burned. 40,000 residents have been evacuated and 500,000 folks have been told to get ready to evacuate. Our governor has said there could be “a mass fatality incident” after the destroyed communities are searched. While this is devastating, we are facing an even bigger “fire.” As reported in Heather Cox Richardson’s daily newsletter on September 11:

The danger from Oregon fires has been compounded by politics, as rumors spread that the fires had been set by left-wing mobs planning to ransack houses after forcing people to evacuate. The FBI and local officials urged people not to listen to rumors and insisted that extremists were not setting the fires. The Douglas County Sheriff’s Office posted on Facebook: “Remember when we said to follow official sources only[?] Remember when we said rumors make this already difficult incident even harder? Rumors spread just like wildfire and now our 9-1-1 dispatchers and professional staff are being overrun with requests for information and inquiries on an UNTRUE rumor that 6 Antifa members have been arrested for setting fires in DOUGLAS COUNTY, OREGON. THIS IS NOT TRUE!… STOP. SPREADING. RUMORS!”

We are indeed worried about both events. Both events are life-threatening. In the former, fire is fueled by natural elements including weather, dry conditions, wind and very dry forests. In the later, the fuel comes from conspiracy. Conspiracies are the new currencies in the world of political propaganda. The conspiracy ATM is social media platforms. The ATMs do not need a password or an account with a balance of sanity and reason. Individuals who suspect that something does not mirror their personal point-of-view simply open up their browsers, log-on to their accounts and search for views that confirm their bias. This confirmation, whether real or fabricated, is all they need to ignite their indignation, rage and anger. This emotional response closes all rational brain circuits and the ability to listen and learn from others. This conspiratorial loop then gets wide-spread until the sheer volume of adherents creates the impression that it is real.  Our current president, and his handlers, have used this closed-loop to counter all known real facts that do not align with their beliefs—irrespective if these beliefs are rooted in equity or justice. .

I am not optimistic that the smoke created by these conspiracy fires will dissipate in our lifetime. The United States has drifted far from our lauded democratic principles. We have become a nation of mini-nations each with their own operating rules, beliefs and motivations. Any dissent is considered a threat. These threats create more doubling-down. The walls, designed to protect these groups from real facts, become higher and higher. The walls are made of one-way mirrors which reflect the inhabitants gaze back to themselves and let others look into their worlds but disallow any interaction.

“He realizes that there’s no meaningful hypocrisy, any more. People are proud of being dishonest, sharks and vultures; they care as little about marital fidelity as they do about the deficit. This election is going to be a referendum on the American character, not on Trump’s performance.” —Martin Amis on #45

Where will this all end? How will this end? Will it ever end?

I do not have an answer but I will vote on November 3.