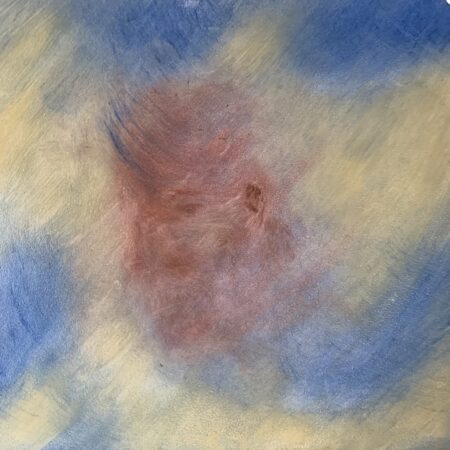 The German philosopher Martin Heidegger stated: “It is because of an inclination toward falling (Verfallensgeneightheit) that the factical life, which is always in fact that of the individual, is not usually lived in that way.” As Wolfram Eilenberger states in his new book (Time of the Magicians):

Most people would rather spend their lives avoiding themselves than seriously seeking themselves. This deliberate self-avoidance is not necessarily either particularly painful or unpleasant. Indeed, it is without doubt the safe path and, in a very dull sense, the one that guarantees happiness.¹

After my last article, entitled Between an Orange Rock and a Heart Place, I received messages from friends wondering if I had go too dark and pessimistic about the state of affairs here in the US. I realize that one’s happiness is relative and I can say that I am not pessimistic. I am trying be “factical”—defined as a state or quality of being a fact.

As many of you know, I have spent a long time reading philosophy—in particular Ludwig Wittgenstein. He worked most of his life trying to prove that language was the essence of being. Stating that: “Most of the propositions and questions of philosophers arise from our failure to understand the logic of our language. (They belong to the same class as the question whether the good is more or less identical than the beautiful.) And it is not surprising that the deepest problems are in fact not problems at all.”²  He also was proposing that the only true way of communicating was through pictures—stating that language enables us to understand each other through “pictures.”

My article conjured up a picture of darkness that has stirred inside many of my readers. This “darkness” is now becoming a “picture” of what we collectively now know to be a true revelation of the insanity of our current president. We can run from the facts to make ourselves feel better. But that means we can never truly become what we really are or could be. Our chief concern should not be to an imagined picture of what we want the world to be, but to face the facts of what it is. While this is a terribly difficult and treacherous journey, if we abandon this path we will be doomed to live a false life of self-delusion. But more importantly, our inaction will lead to actions upon and against those who need the most help.

We live in a world of global disparity. In the current “regime” of #45 (I use the word regime intentionally), there are only polices of demagogy. Any and all things that are not in support of the ego of our president are considered false or wrongly applied. We have no consensual means to govern and, through that governing, fairly distribute and allocate the resources that we all have thrown in the collective piggy bank called the US Treasury. This administration’s sole motivation behind every decision is to rob the piggy bank for himself, his family and those who kiss his ass.

It is without a doubt absurd to believe that one election (the upcoming one in November) will magically transform our world “picture” into one of happiness and bliss. Knowing this is not pessimism but the fundamental first step in righting the wrongs inflicted by this and previous administrations.  Without first acknowledging the fact that capitalism and our governing system is rigged to keep an imbalance, we will never enter a place of equity.

From 1971-1973, I worked for an architect named Shadrach Woods (June 30, 1923 – July 31, 1973) in Berlin, West Germany (as it was referred to at the time.) I knew of his work through an honors class at the University of Arkansas School of Architecture (now known as the Fay Jones School of Architecture.)  Shadrach Woods wrote a book, published posthumously, in 1975, called The Man in the Streets: A Polemic on Urbanism. He was the site architect for Le Corbusier on the Unite d’Habitation in Marseilles, France. He had previously studied philosophy at Trinity College in Dublin. This combination of philosophy and architecture very much appealed to me. I knew from my nascent knowledge of architecture and the study of philosophy that my role as an architect would be one of continual conflicts between the good of the client and the good of all.

In his book, Shadrach woods states:

In the best sense of the word economical is of course that which is entirely consonant with the life of a man in a given environment. Economical and ecological are parts of the same attitude, just as they are extracted from a common root. Any urbanism or architecture which is anti-economical will be perforce anti-ecological. Conversely any urbanistic or architectural decisions which tend to upset the ecological balance will necessarily prove to be anti-economical, even though they might produce short-term financial benefits to their authors. There is an enormous difference between economy and finance. The two are sometimes confused but it is important for the urbanist to see the difference. Finance is manipulation and management of money, while economy is the husbanding of the society’s resources. Finance is profit oriented, economy is survival we have often seen financially.³

Why have I intertwined my thoughts on language and philosophy with these thoughts of Mr Woods? The answer lies at the heart of the current inequities and injustice in our world. It is that money is the only driver in political decisions. I can not influence how money is accumulated by our government. I can, however, use my vote to determine who holds the purse strings and how the money is distributed for the greater good. The speculative world of capitalism creates sordid and cynical outcomes. Unless we all agree that everyone deserves equality we will be forever be battling an emphatic affirmation of crisis and danger.

Be well my friends and know that I am not retreating into Plato’s Cave to falsely name #45’s shadow as reality. I am unchaining myself from the cave. The president’s shadow is created by the projection from the fire of greed and avarice. This orange shadow is his reality but does not need to be ours. We must extinguish the source of light that is creating this shadow in hopes that it will be but a fleeting memory. As stated in Plato’s Republic,  the inmates who chose to stay chained in the cave and watch their own shadows, know no better. They rely on #45 to create their reality picture from the flame of his hate for equality and love.